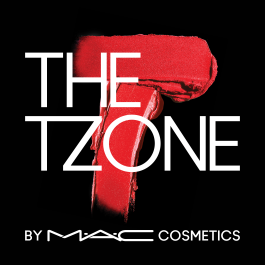 Despite his marketing prowess, John Demsey, executive group president of the Estée Lauder Cos., said that with MAC Cosmetics’ newest project, a podcast titled “The T-Zone,” “we’re not selling anything.”

“People find that hard to believe,” he said.

Instead, the series focuses on the creators and innovators behind some of pop culture’s most recognizable moments, a passion point for Demsey who cohosts the series with MAC’s global creative director, Drew Elliott.

The series debuts on Jan. 28 with an episode featuring Dita Von Teese, while June Ambrose stars in episode two.

“The brand plays a much higher position in the arbitration of style and taste and culture, and that’s why it rings,” Demsey said. “Why shouldn’t MAC, which has always been a part of pop culture and the conversation, be an arbiter of talking about beauty, trends, fashion and what’s going on in the world, and not just be self-serving?”

As cohosts, Demsey and Elliott share their different vantage points, combining the former’s encyclopedic knowledge of pop culture with the latter’s purview as the creative force behind the brand. “It’s to take the years of John building MAC and partnering that with my point of view being inside the brand right now, what we’re coming out with, all the young stars and all the cool kids,” Elliott said. “It’s so fun to hear all of these spectacular guests mixed with all the anecdotes at the center of where everything has started: celebrities, singers, rock stars. All of that comes to life.”

The idea to create a podcast came during the pandemic, which left Elliott and Demsey, like many, culturally and socially ravenous. “It was Drew’s brilliant idea, which at the time seemed like a wacky idea in a world where everybody’s talking about everything all the time,” Demsey said.

Episodes are intended to focus more on the talents driving pop culture forward, rather than on product, and Demsey expects to audience to consist of “a community of like-minded people.”

“It levels up to being embedded or being part of the conversation, and being a part of the culture,” he said. “MAC has always had a sense of playfulness and a sense of naughtiness, and a bit of an edge. I hope that this also reveals to people that companies and brands are more than just things that you buy. There are real people, real stories and real conversations behind these things.”

Dita Von Teese, for example, discusses her quarantine uniform (purchased from Amazon), her experience on “Dancing With the Stars” and what Pamela Anderson taught her about being a Viva Glam spokesperson.

The brand’s roster of collaborators, which ranges across disciplines to feature cultural icons, creatives and entertainers, offers fertile ground for future guests. “Historically, a lot of the people who have been MAC folks are people who have their own cosmetics lines right now, whether it’s Rihanna, Lady Gaga or Ariana Grande. I view it as an incredible compliment,” Demsey said. “The next two [guests] are going to be a shock to everybody that they would come onto a show for us.”

That being said, Demsey and Elliott have gone beyond the usual suspects, too, when it comes to booking guests. “You wouldn’t think we would talk to some of the people that we do,” Elliott said. “That’s the key thing. That’s what’s expected of MAC — the unexpected.”